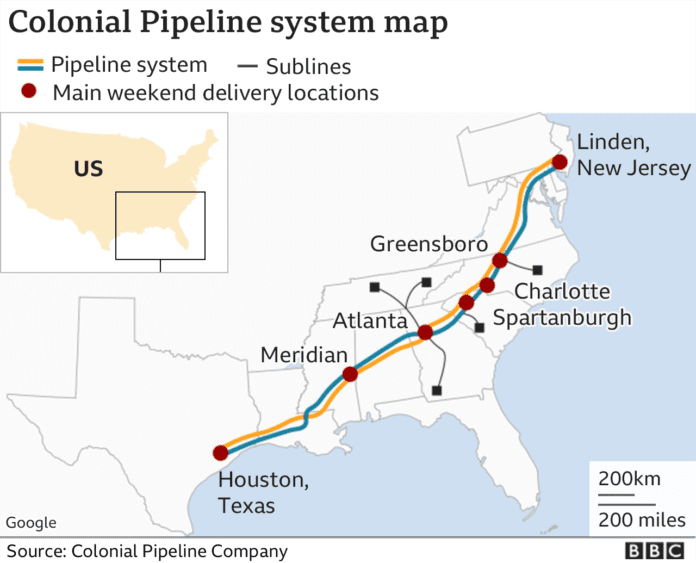 Colonial last week fell victim to a cyber attack that shut its entire network. The ransomware attack is one of the most disruptive digital ransom schemes reported and the resulting shutdown has disrupted fuel supply across the eastern United States, triggering isolated sales restrictions at retail pumps and pushing benchmark gasoline prices to a three-year high.

The hacker group known as DarkSide said it did not try to create chaos but to only get cash. The FBI is now investigating. Our reliance on online networks has long been a concern for many companies and governments and this sends a wake up call for everyone to be prepared.

Crypto technology may be the safest alternative to protect against cyber attacks. Networks like Amazon Web Servers (AWS), Microsoft Azure, and Google Cloud have all fallen victims to cyber attacks and even the U.S. government has now been affected after this cyber attack on a pipeline that is affecting the Eastern United States.

Crypto offers a safer alternative and a company that is showing to be a promising force of the future is DFINITY, a crypto cyber network of the future that may be the way to fight cyber attacks and censorship. Many companies in the USA have fallen victims to censorship by the cancel culture that seeks to shut down anything that it deems “offensive.”

Crypto has been a popular topic in recent months and rightfully so. It has shown that it is the strongest cyber network that is virtually safe from any cyber attack. Many companies including Catholic Connect LLC have now been looking to fully adapt crypto technologies to protect the future of free speech and freedom of religion.