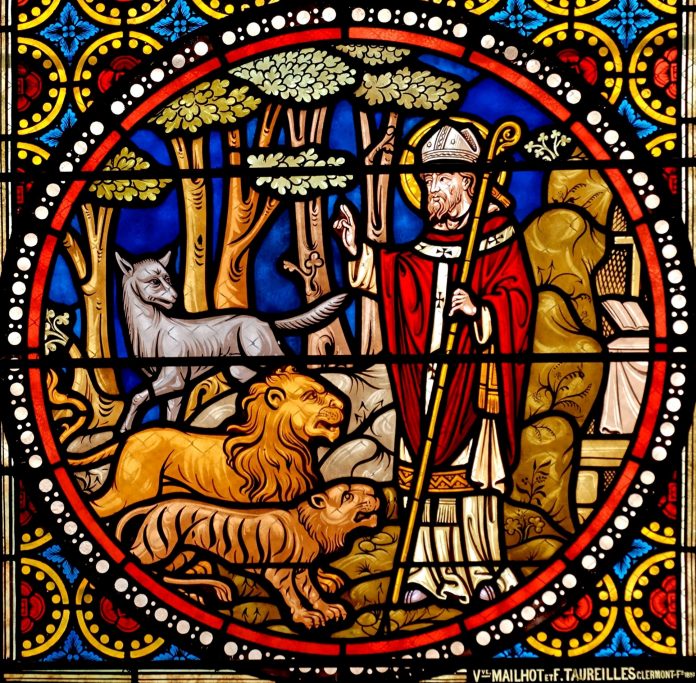 This is my testimony of Christian Catholic. But when is a more suitable time for learning reasons to be catholic than now, when is Church in crisis?

I am free to confess that few years ago I had rough times in relation to my Mother Church.

I had problem with her doctrine. In fact, a few years ago I was even pro choice.

Even with her priests and I was able to blame everyone everywhere.

I often said popular quote which uses every other catholic (simple every christian) around the world:

Just God can judge me.

And I often forgot that this sentence bear one of the biggest truth:

THIS IS A TESTIMONY OF A CHRISTIAN CATHOLIC

When I was younger I used to go to the church regularly, every Sunday and every first Friday but then I stopped.

I went regularly to Communion, every month to Confession, I was taught to pray rosary and pray to Virgin Mary and everything what true catholic is teach to do and should do.

My life turned upside down. I lost control in my life. I lost my ground under the feet.

Wasted efforts to find the right path through my life, opinions from society, people around me…..I ended in the Mess.

THE PITFALLS OF UNBELIEF

I started to blame God for every disaster in my Life. There was no one who would tell me: Girl, stop, He loves you.

It feels that you are on some black list created by Him so I began to hate.

I started to use every fall of the Church as a  reason for my leaving the Church but I never did it. Why? Let me explain you.

When I was in college, I studied literature and because I was a student of literature, you have this big list of books for reading, including the Bible.

As a lapsed catholic who publicly rejected doctrine of the Church, took it with  chill.

No feelings, no thoughts, it was just duty.

But something in my mind was there and used to tell me I should take it more serious because it should be.

I was curious about some passages so I began to study Bible more often.

More than ever before, my testimony of Christian catholic began.

THE BEGINNING OF A RE-IGNITION OF FAITH

I saw myself playing with thought about returning to prayer of rosary.

Suddenly my anxiety, which was present in my being so many years led me to something I thought I will never do again. To praying.

I often asked myself through these times how is it possible that liberal, lapsed believer, like me, found herself in place of someone absolutely opposite.

This process was not so simple like it seems to be.

It took many years to become me right now. It caused pain, it was caused by downfalls.

This is my testimony of Christian catholic belief.

You surely know that God is a wise Man because He can use your faults and failings to create Masterpiece.

And here I would like to quote someone who, in my opinion , expressed it really beautiful, artist Rich Mullins:

From previous girl who stood against Church doctrine became woman who stand beside her.

I deem him to be more similar to me than any other man in full Bible, I was , as many more around the world, aware of arrival the movie Paul, the Apostle of the Christ.

I listened to interview with authors, catholics behind this great movie, Andrew Hyatt and T.J. Berden.

They practically said what is known by everyone:

It does not matter how far you go from the Church, you can always become Paul of your times.

And this was that reason I decided to look closer to my own case and think about my own experiences.

Now I take you finally closer to my testimony of christian catholic.

WHY I STAYED IN THE CHURCH DESPITE IT ALL

I wondered why I stayed in the church which comes through so much scandals and decreases. Someone could tell I am crazy.

But I decided to explain why me, and you should too, stay catholic and will never leave this church.

Book from Peter Kreeft, Forty Reasons I am Catholic helped me really much.

I used every reason I had for leaving in the past to stay inside:

What happened inside the church around priests is more than scandal. It is tragedy.

Because it is not just them, of whom is Church formed.

It is every other person beside them. A testimony of a Christian catholic like me inspires you to have a friend that walks with God.

The church is comprised of the ministers and believers.

If one part of the element failed, it is up to other parts to save it and continue in refining.

If I would leave, one part of Body of the Christ would be taken. Be aware of the fact, that you are the part of process.

You are the part of The body of Jesus. Even when one human fails, it does not matter.

There are many more human beings who can change it whole .

Many people tells nowadays that doctrine of Catholic church is too hard. I used to think it too until I realized that maybe it can be somehow strict.

But understand that if a teacher is too soft, how can you become a better person or student to reach better goals in your life?

Even when you are under strict rules, it is not to punish you or taking your freedom. No.

It is because you were created for so much more and higher aims.

It is always better to go through lesson of life with stricter rules and accomplish your journey at the best which is Kingdom of God.

That rules are there to free you from your fragility.

The biggest success is life without sin but even saints were people like all of us and made some mistakes.

So be true, it is not so simple. True Freedom is in Christ alone. And that is what church watch.

What can seem as a discrimination is simple following of God and His laws.

If He appoined men for priesthood, I am not here to argue. There is just one authority , God alone.

And if you feel to use this as a discrimination or dispraise of women, I have for you this thought.

That there are many other spaces for realization , even in religious area.

Every woman is important for functioning of the Church. Every human being has its own value.

No one is beyond favor of God.

So stop to keep your attention somewhere where is “inserted” someone else and start to look around yourself, you surely can be useful in every other place.

Well, this is really current theme for discussions.

It is necessary to understand that there is nothing free and good in life with knowledge you destroyed life of other human.

What is good about living with conscience that you, did something so horrible that you found yourself killing innocent life which can not protect itself?

If you ever come to this situation or know soemone who is, empower and testify to them that they are stronger than the fear and society around you.

God sees your struggles and He will get you through it.

If you try to explain this and tell me that it is your body, go and repeat lesson from biology right now.

It is clear that human life begins in the womb when sperm meets ovulum.

Because that is when another body begin to develop.

5. Refusing of approval Homosexual relationships as a marriage

No this is not against human rights. It is just following of the Laws.

Just remember Sodom and Gomorrah. The Bible is not for adjust the times.

We are designated to adjust the Bible that’s why it’s important to know how to meditate on it daily.

Do not get me wrong, I love every person God created.

I just do not think it is okay to break down His rules. Even I am sinner.

My fear of Him, His judgement and confidence in His words is more than what society can give me.

Thank God! If it would go, there would be much more disaster.

7. Refusing of free love and strict view on marriages

It can save and change everything . It creates a family.

There is power in society. If it would be simple to unbind it, it could cause collapse of families.

In Him I find truly freedom. Nowhere else.

Yes it is the best. If you are faithful in all those years, you are predicted to stay faithful forever.